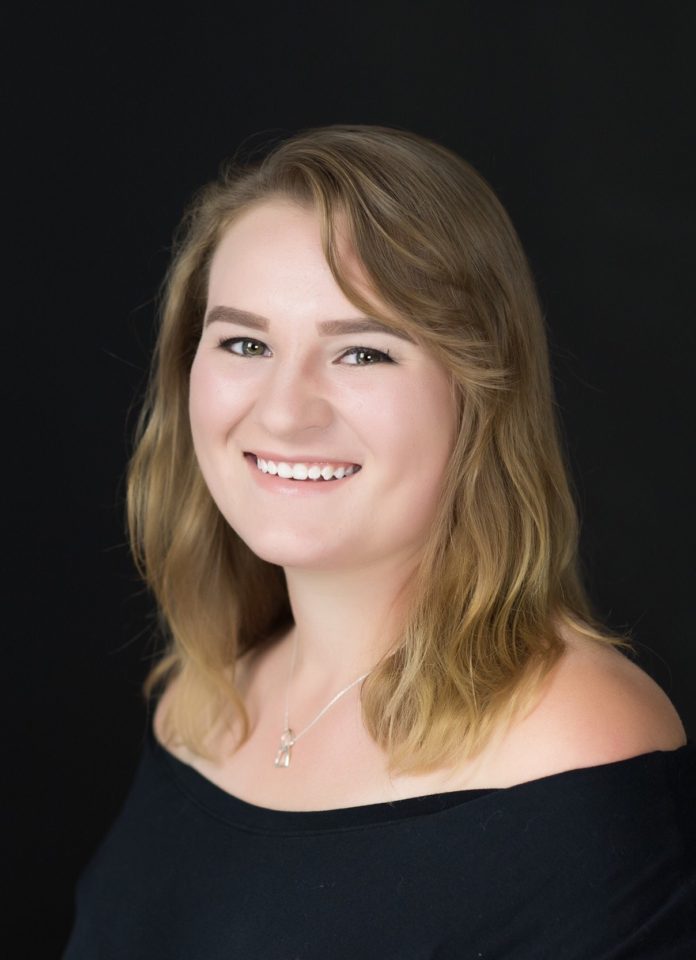 “It’s a way of expressing myself. I’m a really quiet person usually, so it’s a way for me to portray my emotions and speak.”

Sarah Schaaf is a rising junior and saxophone player, as well as a member of Transy’s concert band and jazz ensemble. Tonight, she’ll perform at the Transylvania Honors Recital, where a selection of music students perform their most virtuosic work. It’s the latest step in what she describes as a long learning process.

Schaaf said that being a member of concert band and the jazz ensemble has helped her grow as a musician.

“I’ve always had a very diverse taste in music. My mom and dad always encouraged me to like classical music. I think as far as what I like to perform, when I was younger, I always preferred to play slower pieces because they’re more lyrical. But coming to Transy, and having Doug [Drewek] as my teacher, I’ve really branched out into faster pieces and become a lot better at that, so that’s something I’ve been proud of, and really helped me expand my repertoire of music here.”

Some of the pieces Schaaf plays as a part of her repertoire are chosen by her instructor, but others she finds on her own. She also adapts pieces that weren’t necessarily designed for her instrument. She says that that cello pieces are what she most enjoys adapting because they sound similar to the saxophone.

That’s because the saxophone has a remarkably versatile range. “People always think of saxophone as like a jazz instrument, and I’m really not that good at jazz. I’ve always preferred classical, so people have always thought that’s kind of odd,” Schaaf says. 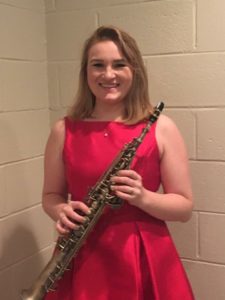 As the performance approaches, Schaaf begins to anticipate the experience.  “I’m excited. I always love going and listening to the other players too. You get to hear them play every year, and you get to see how they improve too,” she said.

However, her preparation process is not without its share of nervous energy. She insists that she is, as she says, “terrible with performances. Like, I get really nervous beforehand, but you have to get in the zone when you go and play.” She says she doesn’t focus on the nerves, but instead “you just do what you learned and practiced.”

Today, the day leading up to the performance, is the worst for her. While she “always get[s] nervous… the whole day beforehand, it’s really tense” as a performer. However, all that tension will evaporate.

“As soon as it’s over and you walk off the stage, it’s like, ‘oh my god, that feels so good’ because you have all of that pressure released,” she said.

A lot of this performance will come down to the particular piece she’s performing. Schaaf really connects personally with this piece, by the Baroque composer Tomaso Albinoni, and says that “it kind of just comes to me. You have to listen to a lot of other people play, and sometimes mimic the way they played it before, but I think if you really love a piece of music, it just comes to you. Like, other pieces, you have to think, put a decrescendo here, or make this shorter bit. When I really love a piece, it just comes to me.”

Schaaf will be playing the Oboe Concerto in D minor, Opus 9, No. 2 – Mvt. III, Allegro by Tomaso Albinoni on soprano saxophone. The Honors Recital is on Tuesday, May 2nd, at 7:30p.m. in the Mitchell Fine Arts Carrick Theater.