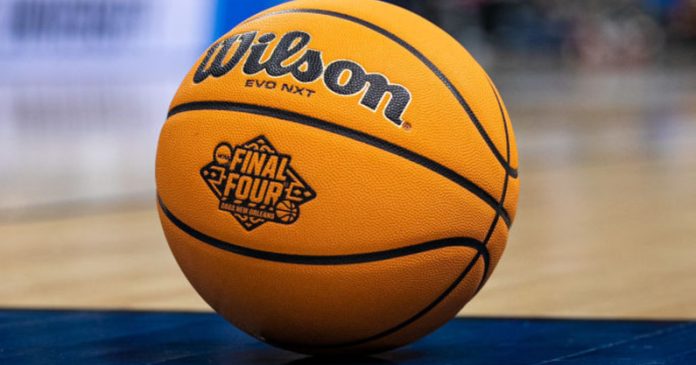 Louisville: It’s the dawn of a new era for the Louisville Cardinals. After a disappointing 2020-2021 season where the Cardinals just missed out on an NCAA tournament bid, the bottom fell out entirely. This season saw a 13-19 record for the Cardinals and the mid-season firing of head coach Chris Mack. With the much anticipated hiring of Kenny Payne as new coach during the offseason and the end of the IARP investigation that has haunted the Cardinals for several years, it seems the Cardinals are finally ready to leave behind the sins of the late 2010s and enter a new era. The start of that new era, as it turns out, may be a bit rocky. A large amount of roster turnover and failure to acquire many of the high profile transfers this off season has left the roster with less talent than Cardinals fans may be used to, especially at the point guard position. This was on full display in an ugly 57-47 exhibition loss to Lenoir-Rhyne, a team that went 10-18 last year at the Division 2 level. Louisville narrowly avoided a second disaster a few days later, defeating Division 2 Chaminade 80-73. While a rebuild was deeply necessary for the Louisville program, this upcoming year may not be pleasant for Cardinal fans.

North Carolina: On February 16th, 2022, the North Carolina Tar Heels suffered an embarrassing loss to ACC bottom feeder Pitt, seemingly putting a final nail in the coffin of Hubert Davis’s first season as the Tar Heels’ head coach. Since then, the Tar Heels won 5 in a row to end the regular season, including spoiling Coach K’s final home game as Duke head coach. Afterwards, they went on an unlikely run to the national championship game as an 8 seed, highlighted by a defeat of arch-rival Duke in the Final Four that ended Mike Kryzewski’s career. And despite the disappointing loss to Kansas in the championship game, they now return 4 starters for the 2022-2023 season and open as the preseason Number 1 team in the country. And while the loss of Brady Manek would leave a major hole, North Carolina found a seemingly perfect replacement in Northwestern transfer Pete Nance. The Tar Heels are expected to win the ACC and once again compete for the national championship.

Gonzaga: There is only one goal for the 2022-2023 Gonzaga Bulldogs. The Bulldogs have accomplished quite a lot over the last few seasons. Gonzaga has been to the Sweet 16 seven straight times, and has been in the title game 2 of the last 5 tournaments. They have won the West Coast Conference 10 years in a row. There is just one thing that Gonzaga has yet to accomplish, which is finally get over the hump and win a National Championship. The Bulldogs were one win away from the first undefeated college basketball season since 1976 and possibly being proclaimed the best team ever in 2021, before being run off the court by Baylor in the title game. They once again returned a great roster in the 2021-22 season, led by unicorn NBA prospect Chet Holmgen, before a shocking loss to Arkansas in the Sweet 16 of the tournament. This year, the Bulldogs have opened up as the Number 2 team in the country, led by returning staple and National Player of the Year candidate Drew Timme. It won’t take long to see the quality of this Gonzaga team, as they open with a murderer’s row of a nonconference slate, with games vs. Michigan State, at No. 12 Texas, vs. No. 4 Kentucky, the Phil Knight Legacy tournament that includes several top teams, vs. No. 5 Baylor, and at No. 20 Alabama all before the beginning of the new year. Time will only tell if this is the year Gonzaga can finally attain the national championship trophy they have been seeking for over a decade.

Houston: After impressive finishes in the last three NCAA tournaments, Kelvin Sampson’s Houston Cougars look poised to have their best team in a long time, entering the year as the Number 3 team in the country. After missing most of the 2021-2022 season, heralded guard Marcus Sasser returns to the Cougars as an All American candidate, highlighting a roster that retains most of the pieces of an Elite Eight Team. The Cougars have a clear path to a top seed in the tournament, as they face a relatively easy conference slate in their last year in the American Athletic Conference. If all goes right, Houston could see their best team since the days of Clyde Drexler and Hakeem Olajuwan.

Kansas/Baylor: The Kansas Jayhawks and the Baylor Bears share quite a bit in common. They are both contenders in the Big 12 conference. They have won the last two national championships, with Baylor taking home the crown in 2021 and Kansas winning last season. Both lost significant talent to the NBA Draft, with Jeremy Sochan of Baylor and Ochai Agbaji and Christian Braun of Kansas being drafted in the first round. They are both coached by some of the best coaches in the country, with Scott Drew turning a Baylor program in disarray into a national power and Bill Self cementing himself as possibly the best coach in the sport with his second title. And both teams enter the 2022-2023 tied for 5th place in the country. Kansas and Baylor are the frontrunners to win what is possibly the best conference in the country in the Big 12, with Jalen Wilson assuming the role as Kansas’s top threat after the departure of much of the title team and Baylor being led by returning leading scorer Adam Flagler and NBA prospect Keyonte George. Both will look to repeat recent glories and once again win a national championship.

Duke: For the first time in over 40 years, the Blue Devils will have to adjust to life without Coach K on the sidelines. There is quite a bit of unknown for the preseason Number 7 team in the country, with Jon Scheyer taking the coaching mantle from Mike Kryzewski. In a much more familiar phenomenon for Duke at this point, they will also be without much of last year’s team. Four starters of the uber talented squad that took Duke to the final four were drafted in the first round of the NBA Draft. For this year’s team, the Blue Devils do bring back point guard Jeremy Roach and a very talented freshmen class that includes 3 of the top 5 rated recruits in the 2022 class. They are the top threat to challenge arch-rival North Carolina for control of the ACC, and are a likely candidate for a deep run into the NCAA tournament.

UCLA: After a slightly disappointing follow-up to a surprising 2021 Final Four run in the 2022 season, Mick Cronin’s UCLA Bruins begin the 2022-2023 season ranked Number 8 in the country and once again as favorites to win the Pac-12 conference. While Johnny Juzang moved on to the NBA, the Bruins return two veterans of the past two years, forward Jaime Jacquez and point guard Tyger Campbell, both of whom are Pac-12 Player of the year candidates. This is in addition to an impressive Freshman class, which includes a talented wing in Amari Bailey and an acclaimed center in Adem Bona. This combination of veteran leadership and freshman talent has led to the Bruins being the clear favorites in the Pac-12 conference and a contender to win the Pac 12’s first national title since 1998.

Tennessee: Despite a strong finish to the 2021-2022 season, with Tennessee winning their first SEC tournament since 1979, the ghosts of NCAA tournaments past once again confronted both the Tennessee Volunteers and head coach Rick Barnes, with Tennessee being upset by Michigan in the second round. Despite losing Kennedy Chandler to the NBA draft, the Volunteers come into the 2022-2023 ranked Number 11 in the country with a strong veteran roster, led by guards Zakai Zegler and Santiago Vescovi. Tennessee is seen as one of the three main contenders in the SEC, joining Arkansas and Kentucky as national champion hopefuls. These hopes were only bolstered by a dominant 99-80 exhibition victory over preseason No. 2 Gonzaga. This may be the best chance in a long time for the Tennessee Volunteers to finally make a Final Four and even win a national championship and for head coach Rick Barnes to finally shed his reputation of underperforming in the tournament.

Indiana: In a year where the Big Ten conference seems more wide open than ever, it may finally be time for the Indiana Hoosiers to return to glory. After 5 seasons of mediocrity and 3 different head coaches, the Hoosiers were finally able to make an (albeit brief) NCAA tournament appearance for the first time since 2016. And in Mike Woodson’s second year as head coach, they are somewhat of a de facto preseason favorite to win the Big Ten conference, ranked Number 13 in the country and returning most of their production from their previous year. The most notable returning player is star center Trayce Jackson-Davis, who is a leading candidate for both Big Ten and National Player of the Year. This Hoosier team will be tested early, as they host No. 1 North Carolina at Assembly Hall on November 30th, but they remain probably the most clear contender in the Big Ten conference. 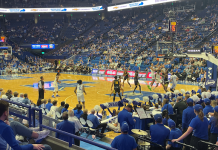