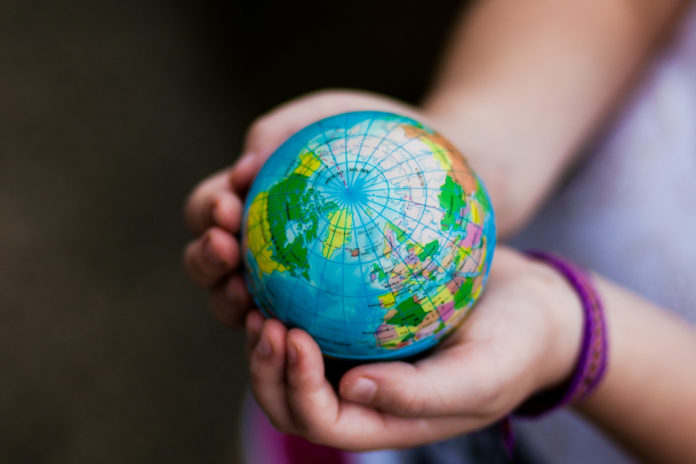 I came to the U.S. more than a year ago. Specifically, I came here for university. It was a long plane ride from China to the U.S. So you can imagine how seamless the transition was from China to here in Kentucky. As an international student at Transylvania, so far I have noticed a few challenges that international students face as a minority on campus. When I say minority, I really mean a minority. International students at Transy, compared to other international populations in other universities, are a very small, loose group. There were only a few other international students on campus, all studying abroad for different reasons. While one student just wanted to experience a different culture, another student was staying in the US on an H4 EAD visa because his father was working here for a few years. This has presented really quite some cultural and academic challenges, and I believe that these challenges would be agreed upon by the whole of the international student group on this campus. Also, I believe that it is only through conversations within the group and the external resources that these challenges can be overcome.

One of the first and foremost differences between international students and the rest of student body is that of culture. I do not mean this in a literal sense, that international students speak different languages and such. More importantly, we have come from a cultural environment where all resources are readily available to a new one, where those familiar resources are suddenly deprived. In our home country, we know how to communicate with other people, and how society works. With this knowledge, we are able to grow with little hindrance.

However, when we come to live in a different cultural environment where the community that represents us is a small minority, the absence of the familiar and the need to gain back the social network that brought us comfort at home imposes on us the strong need to fit in. The fear of the unfamiliar and of the majority of students suppressed our thoughts and gave us the impression that our values and opinions do not matter and are stigmatized. During the process, some international students opt out and simply stick to their very own friend group of other students from the same country, usually very small. However, things do not have to turn out this way, and there are solutions to this issue.

I have friends from various different countries that are currently studying in universities, big and small, across the US, and they are among the most successful students on their campuses. They are the presidents of the school’s student governments, they are active members in faculty research and they play a tremendous role in improving local communities. Compared to international students described previously, they seem to live in this new culture unfettered. There are many possible explanations for this. High among them is in the value of international experience and the support for it. In many universities, there is already a mature mechanism or system that helps incoming international students transition into the new culture.

I have a great example of this and I love telling it. During my fall break trip this year to visit a friend of mine in a university in midwest America, she brought me to her residential hall. It was a big, beautiful hall by the way and I loved it. I noticed on the door of each apartment, there is a flag of the country whose language the residents in the apartment speak. I asked, “how many languages are there?” She said, “Too many.” Later when I was having dinner with the residents in the Chinese apartment, I was shocked that they spoke such great Chinese because they told me that they had only started learning Chinese two years ago. You see, the benefits in this example are mutual: not only are the international students there able to successfully transition into the local culture, but also American students are able to benefit from the micro-cultural environment international students create.

I believe the same supportive environment and values on international students can also be accomplished by smaller schools like Transy. The first condition has been met: there are students on every campus that are curious, interested and even passionate about foreign languages and cultures. But it is not until the school’s administration decides to act on the value of international elements on campus that actual changes that benefit both school and student can take place.

On the other hand, there is a huge responsibility on international students themselves as well. During my stay in America, I have met a great many international students, including those from my own country, who decide to lock themselves in their small circles and refuse to explore outside their comfort zone. There are many exceptions, like those I mentioned before, but more often they are sadly not true of the majority of international students. Many of them either do not feel the need to engage with the outside world or think their opinions do not matter.

However, the reality is your opinions – yes, I am talking to you now – matter in profound ways! You will feel great letting your opinions be heard and valued by others. I understand this might be your first time studying abroad, and that the distance from friends and family in your home country intimidates you, but the only way that will change you is to take one step, just one small step. Maybe start to speak up in class, or maybe just say “hi,” to a classmate outside of class, and ask him/her about their day. Then after some time, you will find yourself in a position in which you feel you are empowered to do many more great things in this new cultural environment. This is when you realize that there is a world of opportunity and resources that will help you. This is when you will enjoy being abroad the same way you enjoyed being back at home. I urge you to try this way.

Empowering international students might not be easy, but it is far from impossible. It comes from the engagement, understanding and value from both the students and the administration. At Transy, a historic liberal arts college, the engagement and value are even more imperative to foster a 21st century liberal arts education in a changing world, in which the global economy is closely intertwined, cultures are seamlessly affecting each other, and the workforce for which this type of education is supposed to prepare its students is filled with talented people from different cultures. Again, I urge you, all of you, to realize the value and act on it.