Transylvania has a multitude of student organizations ranging in purpose, size, and activity. One of the most prominent organizations on campus is the Student Government Association (SGA). The organization, as stated on its website, “serves as the representative body for the students of Transylvania University.”

“I thought it was great because I had plenty of great people working with me. The people who want to be senators are always active, always engaged, energetic about the projects and what we’re doing,” said Gearon.

He also pointed out the various accomplishments SGA has reached within just this past semester.

Beginning in the fall semester of 2016, many Transylvania students had concerns on the new dining hours. Particularly in the Rafskeller (Raf), the new hours were causing extremely long lines in a small period of time. After hearing the students’ concerns, SGA worked with university administration to extend dining hours in order to reduce line build-up and waiting time.

This work was not limited to the Raf, however. Another concern of the student body was the lack of a late night dining option on Sunday nights. This was worked on by SGA, and as a result, the Forrer Cafeteria’s late night services are now open on Sundays starting this semester.

As Gearon describes, “that’s just a great example of us listening to people’s complaints and concerns and immediately doing what we can from our capacity to try to help out.”

Other projects of the organization are more long-term, and therefore the benefits are not immediately seen. One long-term project that was finalized last semester was the May Term Savings Plan which will allow students to use their scholarships and financial aid to pay for May Term travel courses.

Although some concerns may not be fixed immediately, that is due to focus on quality.

“I obviously want all of those [projects] to get done, but I don’t have any problem with them taking their time on it and making sure it’s right,” said Gearon.

An example of a project currently in the works is finding a solution to the student-made pathway in front of the Haupt Humanities Building. Administration has tried to sod over it, but students continue to make the path by taking the shortcut across the lawn.

SGA is currently trying to find a solution, but logistically this will take a lot of time and effort.

“That’s stuff we want to fix, we want to get done, but we have to make sure it’s done right,” explained Gearon.

One of the biggest goals of SGA moving forward is to increase student communication.

“What I want to change most is really having a more secure contact with students,” said Gearon. “Because yes people know they can come and talk to us, and yes we reach out to students, but I want more. I want more connection because I think that’s the most important part.”

He admits that communication between SGA and students is currently pretty good but believes that “you can never have too much.”

There are many ways for students to contact SGA and have their concerns heard. SGA meetings are held every Wednesday in Conference Room A at 8pm. Each of these meetings are open meetings, meaning that anyone can sit and listen to the meeting and even voice their own opinions.

However, students do not need to wait for Wednesday nights to talk with SGA members. Gearon stresses that he, and his senators, are always available to talk with students about any idea or concern they have.

“Don’t think that there’s something that we can’t do for you,” said Gearon. “Sure there are limitations, but I think it’s best to have multiple people thinking about whatever you’re thinking about in general. We might just be able to help you out; we might empathize at the very least.”

Moreover, student organizations can not only request funding from SGA, but also partner with them as well. SGA is currently working with the Transylvania Student Art League to find places to hang artwork throughout campus.

Besides getting projects completed and increasing student contact, Gearon also has the goal of “setting out for a better SGA each year.”

Gearon has been on SGA since he was a first-year and has seen it change significantly in that time. SGA and Student Activities Board (SAB) were originally attached but separated after his first year.

After the separation, Gearon thinks SGA has “changed into a more complete being” and “evolved more-so into what a student government is supposed to be like.”

He hopes it continues to change and keep becoming even better in the future.

“I want it to be everything that it can be,” said Gearon.

He first joined SGA in order to make a difference and help incoming students figure out their surroundings. When he began at Transy, he saw how confusing navigating the campus could be to those unfamiliar with it, and his work in SGA has been towards helping fix that.

“I thought that there was a way that I could help break that down. A lot of that is making sure people are aware of the road map,” said Gearon.

Similarly, his choice to run for President was to increase communication across campus and make room for change.

As he explains, “I initially ran in a hope to make communication better, to break down those type of walls and barriers.” 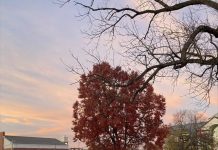 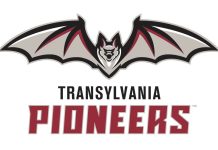 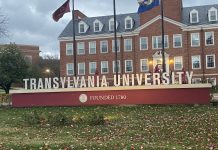