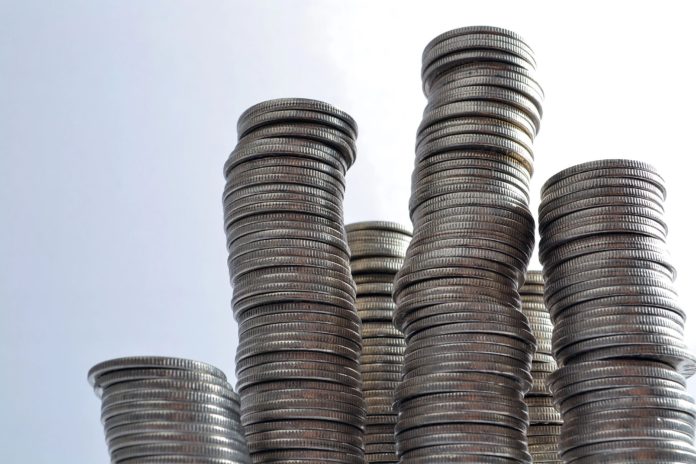 Each day, people around the nation will go to work. They will worry about how to pay their rent, where to find their next meal, how to make their next car payment, how to afford needed medical prescriptions, or how to pay for their child’s daycare. Their small, bi-weekly paycheck will be their sole source of survival; their lives are in jeopardy of one late payday. They will work this job for dozens of hours a week, only to hear from the television news, and from the government itself, that they are lazy, entitled leeches. They could live like this for years, until eventually, they might luckily break out of the system of which they have been a victim for so long. Ranging from all ages, races, and genders, this is the story of millions Americans around the country.

These Americans work for the minimum wage, and this is the truth of their existence. The truth is that the minimum wage is a starving wage. What society must understand is that the majority of these people are not your stereotypical teenage workers working a job on the side – they are single mothers, middle-aged workers, and ordinary people struggling to live day to day. The reality is that we have a responsibility as a society to protect these citizens, and the simplest method is to require a basic standard for their hourly wage.

Many large corporations and companies, such as Wal-Mart, receive millions of dollars in government subsidies each and every year, aside from their massive profits. In addition to that, Wal-Mart and fast food companies notoriously pay their workers brutally meager wages. But it hasn’t always been this way. From the 1950’s until the early 70’s, productivity and wages grew at similar rates: where workers became more efficient, they received higher salaries. But today, workers are becoming increasingly more efficient while experiencing no growth in real income. Thus, many companies are making larger profits and giving less to their workers, leading to the large number of impoverished workers we see today. Is it that much to ask that these enormous companies increase the incomes of their workers?

There are those who argue that minimum wage increases force employers to lay off more workers, but there has been little to no evidence to suggest this. When considering the minimum wage’s effect on unemployment, there are many factors to take into account. John Schmitt, a senior economist at the Center for Economic and Policy Research, points out that we must account for increases in worker productivity and economic stimulation. Putting more money into the hands of low-income workers is beneficial for the economy, since these consumers will boost economic activity in their local communities. More consumption means more opportunities, allowing for small businesses to grow and expand within their locale. The Economic Policy Institute claims that phasing in a $10.10 minimum wage would lead to a net growth of 85,000 jobs.

Currently, the United States government protects these low-earning citizens by providing entitlement and welfare programs. We use well-known government programs to subsidize these workers in an attempt to defend them from falling into homelessness, malnutrition, and in general, prevent the standard of living from falling too low for too many Americans. The current minimum wage, however, miserably fails to provide for the many workers who receive it, and because of that, these supplemental programs could be the only barrier between having shelter and being on the street. Increasing the minimum wage would allow these workers to live a life of basic dignity, and moreover reduce the strain of government funding needed to support them.

Some argue that increasing the minimum wage will cause inflation in prices, creating a net zero effect in improving the standard of living for minimum wage workers. The University of Washington conducted a study a year after the implementation of the $15 dollar minimum wage in Seattle, and found that there was only a minimal increase in prices. Even despite these slight increases, price increases did not wipe out the gains in real income that the minimum wage conferred, meaning that there is an overall net benefit for these workers. Of course, this can only be taken so far until it is no longer favorable, which is why the minimum must be carefully manipulated to find the maximum benefit.

Increasing the minimum wage by just a few dollars would lift millions of workers above the poverty line, and in doing so, reduce the amount of public funding needed to subsidize these workers. Raising wages for the lowest earners creates a system where they no longer need to rely on government supplemental programs to survive. Of course, the government should always have a place in helping those at the bottom, but we can greatly reduce the strain placed both on the state and the individual. The largest companies in the country have profited off the backs of these incredibly underpaid workers, and asking them to slightly raise their standard is not overbearing in the slightest. The millions of minimum wage (or close to that) workers who have built these companies to what they are today not only deserve a raise, but desperately need it.

What exactly should the minimum wage be? I’m not certain. But the fact of the matter is that the $7.25 federal minimum wage is too low, and we have much room to raise it without crossing the line. The beauty of policy is that it can be reformed and fine-tuned in order to find the most appropriate standard, and we shouldn’t be afraid to incrementally increase it over a period of years.

Finally, when you think about the minimum wage, understand that we are talking about more than numbers or statistics, we are talking about some of the most vulnerable people in the country. The minimum wage is just as much of an ethical issue as it is an economic one, and the wage we set is more than just a number, it will be a lifestyle. It will decide what type of society we want to live in.