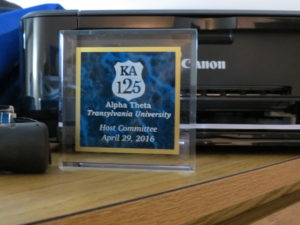 According to sophomore KA Joe Shermock, being a Southern gentleman is about “just doing the little things, whether it’s holding the door for someone or saying ‘yes ma’am and no ma’am’ to your professors to show you respect them.”

Members hold each other to their values, especially in the wake of bad press. For example, a KA chapter at University of Richmond was recently punished for an email sent out by a chapter member perpetuating rape culture within the organization.

“We use those examples to remind us that A., it’s just not okay, and B., something like that can impact everyone in the fraternity if just one guy decides to do something horrible,” said Parker.

“It takes a while to build up a good reputation on campus and that kind of thing, and so we really try to look out for one another in certain situations and avoid that,” said Shermock.

Junior member Brandon Heller, from Pennsylvania, said, “I didn’t really know anybody, so I felt like joining a fraternity would be a good way to not only meet people but better myself through academics and service and other stuff like that.”

In KA, Heller has found like-minded people who enjoy the same things he does. 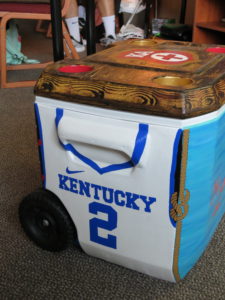 The group even has a yearly hunting trip before rush to hunt doves to make what they call “dove poppers,” which Parker describes as “like a dove breast with jalapeno cream cheese and bacon in it.”

“Each year around rush, there’s a panic. It’s like, alright it’s dove season; we have no doves; we can’t just have hamburgers; we need dove,” he said. “So we’ll search throughout our friends and we’ll find someone that has a place to go and we’ll all pile into cars and go out there and we’ll bag like 80 doves. It’s a cool experience, because you’re out there hunting with your friends and you have to trust them, but we also have a great time and it’s a good way to get our dove for rush.”

Being a KA is “about being there when it’s inconvenient,” said Parker, who received an overwhelming amount of support from his brothers while his mom underwent cancer treatment and after he lost a cousin in the span of one year.

“The crazy thing was I hadn’t told anyone about that, and they just knew,” Parker said. 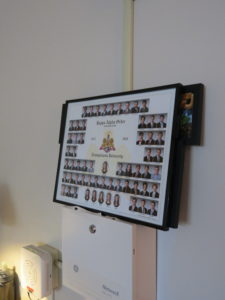