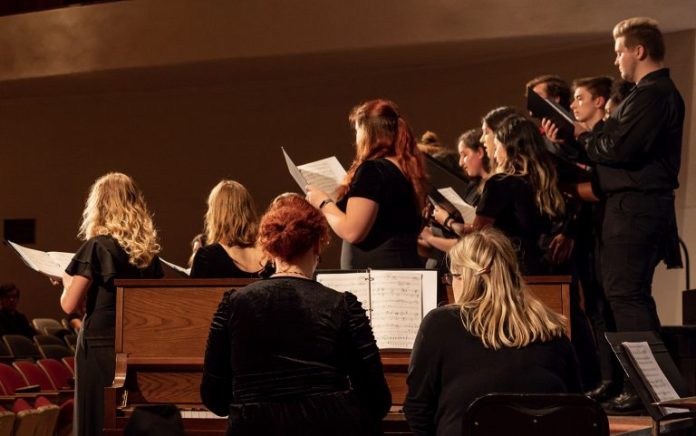 On Friday, October 21st, the Transylvania Orchestra, Choir, and Concert Band joined forces for the annual Family Weekend Concert. The concert, which was held in Haggin Auditorium, had nearly a full-capacity audience filling the space. Students, friends, and family alike all showed up to support the musical arts of Transy.

The orchestra played beautifully, led by concertmaster Zoe Miller (‘25) on violin. The choir filled the room with beautiful harmonies and satisfying dissonance, and Em Spencer’s (‘24) solo gave me chills. The concert band blended perfectly and created a robust and coherent sound.