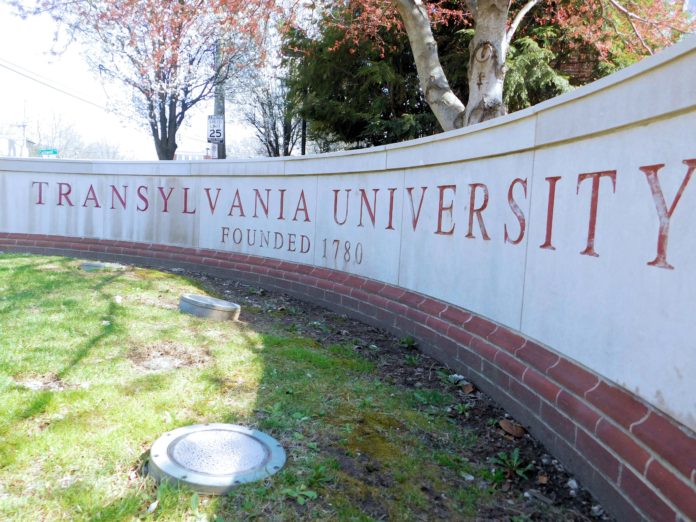 Greek life is a point of contention among students in our Transylvania Community as well as around the nation. Sorority and Fraternity life has been portrayed in various ways through all forms of media. In movies and television, we can see sororities shown as shallow and with harmful beauty standards like in Legally Blonde. And fraternities showed as disorderly and with heavy usage of drinking, drugs, and sexual activity in movies like Animal House. These portrayals have negatively impacted perceptions of Greek life among those who are not in it and set expectations for those that are.

Our Student Government Association (SGA) held an open forum that invited affiliated and non-affiliated members of campus to have an open conversation about Greek life at Transylvania University. The President of SGA, Lindsey Steffen, led the discussion and provided questions for the panel to answer. The panel had presidents from Panhel as well as 3 sororities and fraternities, while all presidents were invited to attend.

Steffan began the conversation by asking, “do you consider frats and sororities to be clique-like? How can we combat this?” There were answers from both panelists and students in attendance. One of the major points brought up was that at times it can be clique-like, especially on a small campus. So to combat it would be to serve the school as a whole and the community. Others said that any organization on campus can be clique-like and a way to combat this in any organization would be to be a part of other things on campus. The final point made on this question was that cliques form out of fear in Greek life because people are afraid to look outside of their comfort zone.

The following questions had to do with the mechanics of recruitment and how they are flawed and how it affects those who choose to rush. Many agreed that parts of both systems of recruitment need to be fixed and changed. But a major change that needs to be made is the lack of inclusion and diversity among sororities and fraternities at Transylvania University. However, students discussed that this is not just a greek issue, but a Transy issue. The lack of diversity stems from the university as a whole and it is not uniquely a sorority and fraternity issue.

In addition to the lack of diversity, there is also a lack of overall inclusion. The rush process from both sides uses gendered language that can leave students feeling alienated. Sororities and fraternities were also directly spoken to about how certain sororities and fraternities are not doing enough to be inclusive and do not use non-gendered language.

Another critique on inclusion was that joining Greek life is expensive and therefore is unobtainable for many students on campus. The final commentary on inclusion was about people’s physical appearances. Unconfidence in one’s body reportedly causes people to not go through the recruitment process because of known prejudices held against them.

However, despite the points brought up in the discussion, affiliated members who sat on the panel said that all students should consider going through the rush process. The process will be able to provide different perspectives, break down stereotypes, and help gain friends from outside one’s comfort zone.