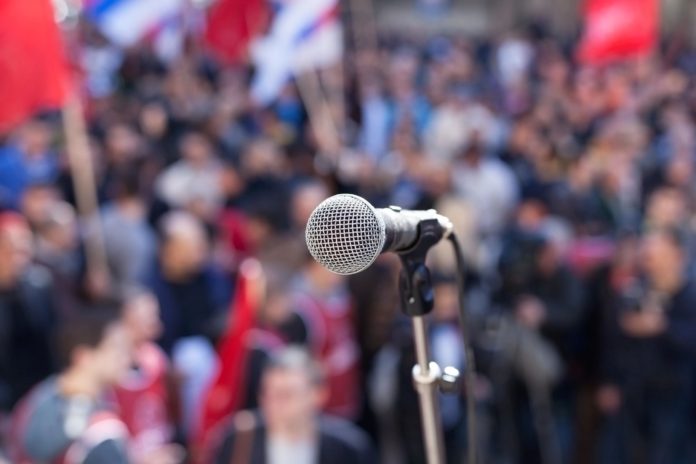 tristan.p.a.reynolds [8:48 PM] (Tristan Reynolds, Editor-in-Chief)
It’s about 8:45 eastern, and both KET and the New York Times have called the 6th for Andy Barr. While we’re probably going to have to wait for results from out west to get a sense of the overall congressional results, what do you think it says that a major pickup opportunity for Democrats tried to tack to the center and came up short?

William Easley [8:55 PM] (Rambler Contributor)
Considering that this district is typically R+6 I would not consider that to be the case just yet. With President Trump campaigning in Richmond and Donald Trump Jr. visiting Montgomery County, we can see that this was a seat that garnered a lot of attention. With how the midwestern states went for Trump in 2016 but by a narrow margin, I would again expect those states to be the deciding factor.

Rebecca Blankenship [9:19 PM] (News Editor)
I don’t know, I think this race was winnable. Barr has only represented this district since 2012, when he unseated Ben Chandler, who held the seat since Ernie Fletcher was elected governor in 2003. The supposed trend right is relatively new.

I think it’s extremely notable that McGrath lost Madison County, which contains both Richmond (including EKU) and Berea. That’s one of the counties I predicted she would win, and historically has trended left. I think her loss there probably shows that the message Trump has offered of radical change has resulted in serious realignment in lots of rural areas, and that Democrats won’t win those regions back until they offer an equally powerful new vision. Milquetoast moderation isn’t going to win the hearts or minds of people living in poverty, as much of Madison County is.

Let’s see what happens with Conor Lamb in Pennsylvania. I’m not ready to say that Democrats have to tack left to win, but trying to appease both sides across a vast cultural divide is not a vision. It’s a strategy. Centrism can work if projected with strength and seriousness, not with folksy earnestness.

Reinforcing that point is the fall of Joe Donnelly in Indiana.

William Easley [9:38 PM]
Also of note tonight is that Amendment 4 to the Florida State Constitution has passed, which restores voting rights to felons who have not been convicted of first degree murder or sex crimes. According to NBC, this makes 1.5 million people eligible to vote, which could have a large impact on future races in the state.

Rebecca Blankenship [9:46 PM]
Which is SO interesting. Will be good to see what happens in future restoration efforts.

tristan.p.a.reynolds [9:47 PM]
It’s especially interesting, given how close the races for the Governor’s mansion and Senate seat look currently.

To complicate the losing centrists narrative, Manchin has won handily in WV. This is the second time he’s managed to buck national trends for Democratic Senators in red states. Partially, this has been a result of his low-caliber and easily-demonized opponents (for example, Patrick Morrissey, who ran against him this time, was literally a lobbyist for opioid manufacturers). Still, it’s notable that it seems to be Manchin’s electoral skill that’s the standout story of the night for red state Dems.

William Easley [9:59 PM]
Something that makes Manchin stand out is that he got his start in state level politics. Because of this, he is going to have the name recognition that it takes to get voters to break from a straight party ticket and vote for him. This could be the recipe that Democrats would need to win in Kentucky, although with the State House apparently shifting more to the favor of the Republicans, Manchin may just be the exception that proves the rule.

Rebecca Blankenship [10:01 PM]
I’m reading that Donnelly decided last week that he wouldn’t rule out ending birthright citizenship. Wondering if this cut seriously into his liberal support. Often it seems that “centrist” Semocrats aren’t running as centrists at all, but as FAR right.

@tristan.p.a.reynolds let’s solicit a hot take to that effect. Maybe from… Bristan Breynolds?

I’m out of the take game. Too hot for me

Also: Kansas Gubernatorial candidate Kris Kobach goes down, after spending several years attempting to suppress huge numbers of votes both in his home state of Kansas and nationwide. That, along with Amendment 4, means that tonight is shaping up to be a good night for small-d democratic legitimacy—although the GA governor’s race still has the real potential to be essentially stolen by GOP candidate and Secretary of State Brian Kemp.

tristan.p.a.reynolds [10:07 PM]
Well, the very unpopular President is pretty associates with the idea of bullshit, right?

tristan.p.a.reynolds [10:07 PM]
At least he’s underwater. 4 years is a longer time in political terms than academic, I suppose. Right, Will?

William Easley [10:15 PM]
I feel like that is a fair statement. As of right now the Democrats have gained 9 seats in the House and NYT gives them over a 95% chance of taking control of the House. It seems that from the Congressional perspective, tonight may shape up about as it was expected as far as seats go.
Just now ABC has called the Texas Senate race for incumbent Ted Cruz

tristan.p.a.reynolds [10:18 PM]
That was always an outside shot, though. I’m not sure how much we read into that. (Although it probably means no Beto 2020, I guess)
But it’s looking like Democrats are performing on the lower end of their expected outcomes in the Senate, right?

William Easley [10:25 PM]
At this point the Democrats have lost one seat in the Senate. The Democrats had many more seats to defend today so I wouldn’t find this surprising. I would consider a Beto 2020 run more likely now as one of his campaign points was how Cruz neglected his Senate seat in running for president in 2016

tristan.p.a.reynolds [10:27 PM]
Maybe it was all reverse psychology to boost his national profile—ha!

Rebecca Blankenship [10:30 PM]
Heitkamp’s defeat is projected in North Dakota. I’d say Democrats are underperforming their best case scenario, but Will’s right, this is well within what could reasonably have been expected. I think this morning 538’s model projected a probable R+2 Senate swing.

William Easley [10:38 PM]
Exactly. Odds of a swing happening in both chambers was extremely low. I would argue that this is the result of smart spending on the part of the Democrats by focusing on the House and the Republicans focusing on some key Senate seats to widen the gap while they had a good opportunity to do so

tristan.p.a.reynolds [10:42 PM]
That means that the next couple Senate cycles will have tough maps for Republicans, though, right?

William Easley [10:48 PM]
I believe so. It is possible for only one of these to have a majority Republicans though. This would make 2020 very interesting because it would benefit the Republicans to have to defend a large amount of seats in a midterm as they tend to do better when there is lower voter turnout

tristan.p.a.reynolds [11:13 PM]
I think that’s a good note to end on. The New York Times is forecasting that the Democrats will take control of the House, and Republicans will add a seat or two to their majority in the Senate. It’s also worth noting that Elijah Cummings, who would be the chairman of the House Oversight committee of Dems gain a majority, has already told CNN he’ll be requesting President Trump’s tax returns. So it looks like we’re in for an eventful few years in Washington.