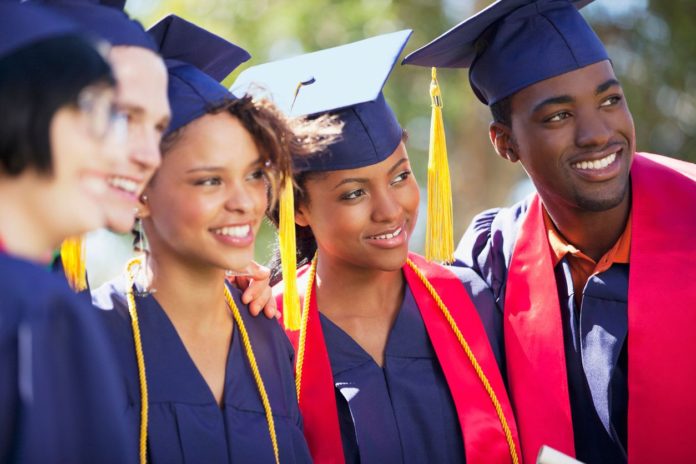 This article is republished from The Conversation under a Creative Commons license. Read the original article. The original article was written by OiYan Poon, Assistant Professor of Higher Education Leadership; Director of the Race & Intersectional Studies for Educational Equity (RISE) Center, Colorado State University.

When it comes to the ongoing debate over affirmative action in U.S. college admissions, both opponents and supporters among Asian-Americans have plenty to say.

The problem is what people say about race-conscious affirmative action in higher education in the U.S. often doesn’t match how it is actually practiced.

I’m a scholar who specializes in Asian-Americans and higher education. My critique of how Asian-Americans discuss affirmative action is not based on some aloof analysis of what they say from afar.

Back in 2016, my co-author, Megan Segoshi, who was my research assistant at the time, and I traveled across the country to interview Asian-Americans on the front lines of both sides of the debate over affirmative action. To recruit participants, we reached out to Asian-American organizations that actively and publicly supported or opposed affirmative action between 2012 and 2016. We identified 36 individuals.

We wanted to see the extent to which Asian-Americans have an accurate understanding of the policy and how it is practiced in college admissions. This matter is at the heart of a pending lawsuit in which Harvard College is accused of discriminating against Asian-Americans in its admissions process.

Due to our previous research, we knew there would be different views on affirmative action. What surprised us was how both sides of the debate had such a flawed understanding of fundamental aspects of how affirmative action is practiced in the United States.

Among opponents, many explained their beliefs that affirmative action involved “racial quotas,” which were declared unconstitutional in the 1978 Regents of the University of California v. Bakke case. They also thought it involved “racial bonus points” for black and Latino applicants. Opponents further stated that these racial bonus points were not given to Asian-Americans even though they were outlawed completely in the 2003 Gratz case.

On the front lines

Many affirmative action supporters also explained affirmative action in the same misinformed ways. This was surprising to me because the policy supporters included staff members and leaders of longstanding Asian-American civil rights organizations that had signed legal briefs supporting affirmative action. I wrongly assumed they would be more informed about the current state of the law.

Among these 30 interview participants – both policy supporters and opponents – many also stated that the purpose of affirmative action in higher education was to bring about more racial parity or equity in college access. Racial parity and equity were in fact historical goals of affirmative action. However, those aims have not been in line with the current legal purpose for race-conscious admissions since the 1978 Bakke case.

The opponents argued that racial quotas and point systems were unfair. They suspected elite colleges of limiting the number of Asian-Americans admitted and holding Asian-Americans to higher academic standards for entry. Affirmative action supporters believed these practices were necessary to advance a more racially equitable society, even though race-conscious admissions is now practiced through holistic review of individual applicants. Such individualized review is meant to recognize, in a limited way, how race and racism might have shaped each applicant’s perspectives and educational opportunities.

When asked to explain what they believed would be an ideal way for colleges to admit students, 33 of 36 said they preferred a review process take individual students’ contexts of opportunity into account. In other words, paradoxically, 33 interview participants all agreed in principle with the current state of race-conscious admissions policies.

Even opponents of affirmative action stated that they were not opposed to colleges taking into account how racism could impact students’ lives and contexts of achievement, as long as race was not used as a major factor in admissions.

In 1978, when the U.S. Supreme Court ruled racial quotas unconstitutional in the Bakke case, it shifted the legal justification for using race as a factor in admissions away from a goal of achieving racial equity and addressing historical racial injustices. The new goal was now one of cultivating a diverse educational environment that benefits all students. I wouldn’t expect the average person to know about this legal shift. However, I assumed that vocal activists would know more about affirmative action than the average person.

No formula for diversity

As decades of research has found, diversity is a fundamental ingredient in high-quality educational environments and student learning. In 2003, the court reaffirmed diversity as a legitimate goal of using race as one of many factors in admissions in Grutter v. Bollinger. In the same year the court also ruled as unconstitutional point systems that automatically award points to applicants based on race.

Most recently, in the 2016 Fisher v. University of Texas case, the court again reaffirmed that the use of race – as one of many factors in admissions through individualized holistic review – could be justified by a goal of diversity.

There is no mathematical formula for diversity or holistic review. As Justice Anthony Kennedy explained in the 2016 Fisher decision, each college and university should thoughtfully determine what characteristics or factors should be included in its individualized admission process. For example, through what Harvard calls “whole-person review,” race is considered as one of many factors – not a singular factor – to achieve its institutional mission. Such a process takes individual applicants’ educational and life contexts into account. It can also increase the odds of admission for Asian-Americans at selective institutions. At Harvard, Asian-Americans represented about 23 percent of the class of 2019, reflecting a 29 percent increase over the last decade. Since 2004, in comparison, the Asian-American college student population has plateaued at slightly above 6 percent.

More accurate information on how race-conscious admissions works today may not necessarily end the Asian-American divide in the affirmative action debate. However, it should at least enable people on both sides to have a more informed discussion.