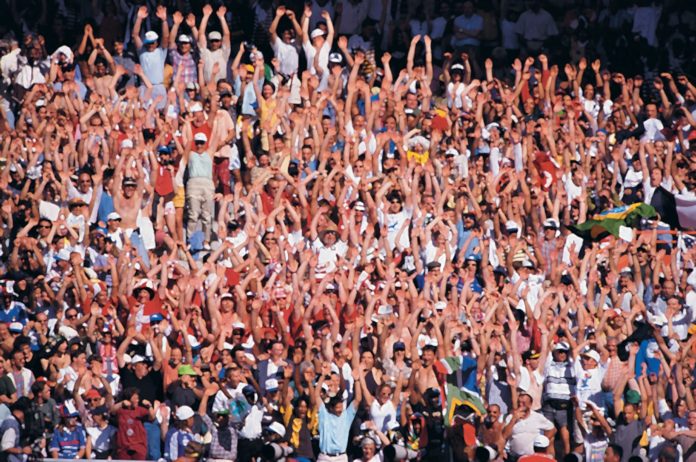 This article is republished from The Conversation under a Creative Commons license. Read the original article. The original article was written by Kei Kawashima-Ginsberg, Director, Center for Information and Research on Civic Learning and Engagement in the Jonathan M. Tisch College of Civic Life, Tufts University.

Unlike the much-studied millennials, we don’t know much about Generation Z, who now make up most of the 18- to 24-year-old voting bloc.

These young people started first grade after 9/11, were born with the internet, grew up with smartphones and social media and practiced active-shooter drills in their classrooms.

In 2018, they have taken an active role in political activism on issues like gun control, Black Lives Matter and #MeToo. For example, Parkland high school students started the movement against gun violence and named voting as a way to support the movement.

Yet, many people are skeptical about Generation Z’s commitment to voting. For instance, The Economist explained, in a piece titled “Why Young People Don’t Vote,” that “young people today do not feel they have much of a stake in society.”

The Center for Information and Research on Civic Learning and Engagement at Tufts University, where we do research, has been watching young people’s civic and political behaviors for nearly 20 years. This fall, my colleagues and I are conducting two large-scale national surveys of 2,087 Americans ages 18 to 24 to document and understand what Gen Zs are thinking, feeling and doing when it comes to politics.

So far, the data point to a surge in political engagement, intention to vote and outreach between friends to encourage voting. Gen Zers may be voting for the first time, but they are certainly not new to politics.

All signs point to youth wave

Young voters have a reputation of not showing up to the polls, especially in midterm elections. This trend goes back 40 years.

There are a few ways we can find out how likely it is that people in Generation Z will turn out to vote.

First, we can just ask. In our survey, 34 percent of youth said they are “extremely likely” to vote in November. While a survey can’t predict exact turnout numbers, data from previous surveys we’ve done using this approach have been close to actual turnout numbers. Other evidence supports this measure of intent to vote: Voter registration among young people is up in key battleground states and overall.

Research also shows that activism and intent to vote are strongly correlated. So, in our survey we also asked young people about activism, such as participating in protests, union strikes, sit-ins and walk-outs.

The proportion of young people who join protests and marches tripled since the fall of 2016, from 5 percent to 15 percent. Participation is especially high among young people who are registered as Democrats.

It’s clear that more young people are actively engaged in politics this year than 2016.

To learn more about what might be motivating Generation Z to vote, we asked our survey participants to rate their level of agreement with three statements.

“I’m more cynical about politics than I was 2 years ago.”

“The outcomes of the 2018 elections will make a significant impact to everyday issues involving the government in my community, such as schools and police.”

In this year’s survey, we found that young people who feel cynical are far more likely to say they will vote. Other research has found that cynicism about politics can suppress or drive electoral engagement depending on the contexts.

Our poll results suggest political involvement in this generation is far above the levels we usually see among youth, especially in midterm election cycles.

In fact, almost 3 out of 4 youth – 72 percent – said they believe that dramatic change could occur in this country if people banded together. Gen Z is certainly aware of the challenges ahead but they are hopeful and actively involving themselves and friends in politics. Beyond almost any doubt, youth are involved and feel ready to make a dramatic change in the American political landscape.