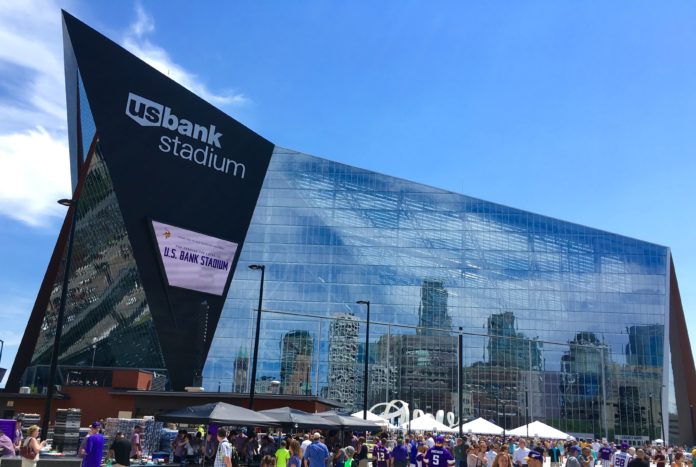 With Super Bowl LII tomorrow, all eyes are on defending champions the New England Patriots and the Philadelphia Eagles. Before looking at who will end the 2017-2018 season on top, we must look at how they got there.

The playoffs were exciting this year and fans enjoyed watching the games, betting on who they think would win on sites like FanDuel and cheering on their hometown team. So how did the action unfold? Well, in the Wildcard round, the AFC saw the Tennessee Titans against the Kansas City Chiefs and the Jacksonville Jaguars against the Buffalo Bills. While none of these teams faced each other in the regular season, from standings alone, it would seem like the Chiefs and the Jaguars would move on. This would prove to be true for the Jaguars who would win with a score of 10-3 and move on to face the Pittsburgh Steelers. While it appeared that the Chiefs were going to easily defeat the Titans who, by halftime, were trailing 21-3, Tennessee would fight back and score 19 points over the course of the second half. When it seemed like the Chiefs would finally respond, a controversial call took away the last hope for Kansas City, and the game ended 22-21 in favor of the Titans.

The next week, the Titans would face off against the New England Patriots. After going 13-3 this season, it was clear who the favorite was in this match up. As would be expected, the Patriots would dominate, winning 35-14. While the Pittsburgh Steelers had the better season over Jacksonville, looming overhead was their meeting from week 5 that saw Pittsburgh fall to Jacksonville 30-9. While Steelers players seemed to focus on the Patriots, who they would face if they won, they seemed to forget about their earlier meeting with the Jaguars, allowing the Jaguars to slide by with a 45-42 victory.

In the Wildcard round for the NFC, the Los Angeles Rams seemed to be at a slight advantage after going 11-5 in the regular season while the Atlanta Falcons went 10-6. However, it would be the Falcons that would move on, winning the game 26-13. In the final Wildcard game, the New Orleans Saints would play the Carolina Panthers, a game that had been played out twice this season in weeks 3 and 13, both times ending with the Saints beating the Panthers.

This would not change in the playoffs as, for the third time this season, the Saints defeated the Panthers, this time by a score of 31-26. The Divisional round would put Atlanta against the Philadelphia Eagles without quarterback Carson Wentz. After going 13-3 this season, the Eagles would show losing Wentz would not stop them, defeating Atlanta 15-10. The Saints, on the other hand, would have to face the Minnesota Vikings, a repeat of their week 1 game. Much like that game, the Vikings were able to defeat the Saints, this time with a score of 29-24.

The NFC Championship was a blow away for the Eagles. Despite scoring first, the Vikings would not hold the lead long as only four minutes later, an interception by Patrick Robinson would lead to a touchdown for Philly. The second quarter would prove to be the beginning of the end for the Vikings. Over the course of the second quarter, the Eagles would score 17 more points, going into halftime with a 24-7 lead. The final half of the game would not be any better for Minnesota as they would give up two more touchdowns, cementing an Eagles win and sending them to their first Super Bowl since 2005.

Their opponents from the AFC are the Super Bowl LI champions, the New England Patriots. Their Conference Championship game could not have been further from that of the NFC. The Patriots opened the scoring with a field goal in the first quarter. This lead would not be long lived though as early in the second quarter, the Jacksonville Jaguars would take the lead. They would keep that lead going into halftime with a score of 14-10. The scoring would slow down in the third quarter with only a Jaguars field goal. The fourth quarter would begin with another Jacksonville field goal, pushing their lead to 20-10. While many believed that the Jaguars would go on to win after holding the lead for most of the game, the Patriots would come back to score twice, taking the lead late in the quarter and sending them back to the Super Bowl.

When looking at the Super Bowl, the first thing to keep in mind is whether the teams will be at full strength. Even after last week, you have to keep Tom Brady’s hand injury in the back of your mind. While it did not seem to make a large impact in the last game, it could still pose an issue. The biggest issue heading into the game is tight end Rob Gronkowski. He suffered what was believed to be a head injury in the first half against Jacksonville but, it was later revealed to be a concussion. This could have a huge impact on the Patriots if he were to not be back in time. The Eagles have no significant new injuries.

One aspect the Patriots seem to be thinking about is the superstitious aspect, deciding to wear white because of their luck under Coach Belichek in the Super Bowl in their away uniform. Since they seem to be looking for luck, it may be worth noting that the Madden Curse, which has proven true 17 out of the last 20 years, is looming over the head of Brady.

The Eagles meanwhile, have been embracing their “underdog” title, especially after advancing to the Super Bowl. The teams strength is in their depth as they have Nick Foles, a surprising threat thus far and a strong offense that will not let up. They also have a defense that has held the Falcons and Vikings to only 17 points combined.

In the 13 years since the Eagles and Patriots faced off in Super Bowl XXXIX, including that year, the Patriots have won three more times and appeared a total of 5 times. Though they are the favorite to win, I think the underdogs will continue to upset due to their depth, the support behind them and the push to go from being the ultimate underdogs to upsetting the Patriots. Though it will be close, the Eagles will bring home their first Super Bowl victory. Super Bowl LII will be on February 4 at 6:30PM and will be broadcast on NBC.