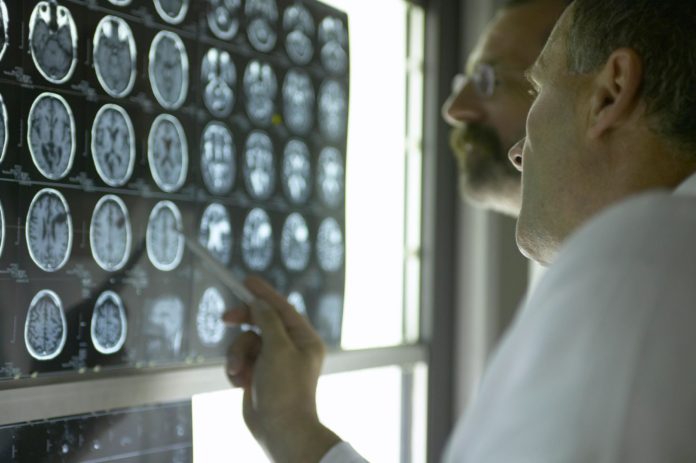 More than 50% of all people experience trauma at least once in their lives. In a given year, 8 million adults suffer from Post Traumatic Stress Disorder (PTSD). PTSD comes on after a traumatic event and can leave a person reliving the event, avoiding similar situations, feeling negative, having negative beliefs, and feeling hyperarousal. Treatment centers around psychotherapy, which attempts to help patients face and reconsider negative thoughts and process the traumatic event, and antidepressant medications, which affect the serotonin or norepinephrine levels in the brain. These treatments can get rid of symptoms or lessen them, but they can also be ineffective.

The Multidisciplinary Association for Psychedelic Studies (MAPS) has been conducting studies on a new treatment with promising results. This treatment uses 3,4 methylenedioxymethamphetamine, also known as MDMA, alongside existing psychotherapy methods. This is a source of controversy, though, as MDMA is the principal ingredient in the illegal drug Ecstasy. Despite this and its categorization as a Schedule 1 drug by the Drug Enforcement Administration, the Food and Drug Administration has designated the study a “breakthrough therapy.” This is a significant development for the treatment, as it means that the FDA believes that the evidence shows that some kinds of MDMA-assisted psychotherapy lead to significantly better outcomes than current treatments. Getting this distinction means that the FDA will expedite the development of the drug and the review of it. Currently, there are two approved drugs for PTSD treatment, Zoloft and Paxil. The issue with these medications is that they are often ineffective in veterans due to their continued and repeated exposure to trauma. Even with these two drugs being ineffective for some time, there are still substances that have been left unexplored, like psilocybin mushrooms. Some individuals have purchased shrooms from sites like http://mushroomz.co but they are yet to be explored by the FDA. Many other psychedelic substances, namely MDMA, Psilocybin, LSD, and also somewhat ketamine could be proven to have outstanding long-term impacts on patients that suffer from a mental illness. At the moment there are some dispensaries such as this buyshroomsonline.org/ and others over in Canada only (due to the legality of psychedelics in the USA) that can allow for the sale of small doses of Psilocybin (the psychoactive chemical found in magic mushrooms) to treat patients that suffer from PTSD and depression

The way MDMA-assisted psychotherapy works is by using the effect of the MDMA. MDMA in Ecstasy gives users the feeling of intense joy while reducing fear and also making them feel love and acceptance toward themselves and others. In the study, participants took MDMA before eight-hour therapy sessions; this was done three times, and it was believed that this would help the patient be able to process their trauma and work through it.

The clinical trials were closely monitored by the FDA. They involved 107 patients that suffered from PTSD and all were given the MDMA before their therapy treatments. Of the 107 patients who began with PTSD, 61% of them reported major decreases in symptoms, enough to not even fit the diagnosis of having PTSD after the study. A year after the study was done, they were re-examined, and it was determined that 67% of the participants no longer fit the criteria for having PTSD.

Getting to this point was no easy feat for MAPS, and the idea, in fact, came to the founder, Rick Doblin, 30 years ago. In a story he told to the Washington Post, Doblin discussed how he began using LSD in the 1970’s when he started college. When he decided that he wanted to become a psychologist and use LSD to open people’s minds like his mind was opened, LSD had already been banned. This caused him to give up his dream until he discovered MDMA, but the DEA moved to make it illegal too in 1984. This is what prompted the creation of MAPS and their lawsuit against the DEA that would fail. Doblin realized he could not fight against culture and public opinion; he had to change it. He got his PhD in public policy from Harvard University and decided that the best approach would be a scientific one. Using the same scientists that suggested that MDMA was toxic to rats only, Doblin bought monkeys to do more testing. This determined that there was far less risk than what was originally believed. Going on, he flew psychedelic users to Stanford University and Johns Hopkins University where they, and Doblin himself, underwent two spinal taps.

MAPS continued to grow over the next 20 years, getting millions in donations from software companies, soap companies, a professional poker player, and anonymous donors. This money funded small clinical trials leading up to the last step, “Phase 3.” This included large-scale clinical trials in 14 locations and between 200 and 300 patients. A similar result in these trials to previous ones could see MDMA treatment for PTSD approved by the FDA in 2021 at the soonest.

The main concern that many people have with the idea of MDMA-assisted psychotherapy is the safety of MDMA as a medication. What also must be analyzed, with the risk of taking it, is the risk of not taking it. With current treatment methods, the suicide rate among veteran VA users was 38.3 per 100,000 for males and 12.8 for females, compared to 19.4 among males and 4.9 in females in the US population. This shows that the suicide rate among veterans is twice as high in males and over twice as high in females. These statistics add a question of ethics: should the suffering of these patients continue, or should they get a treatment that carries some risk?