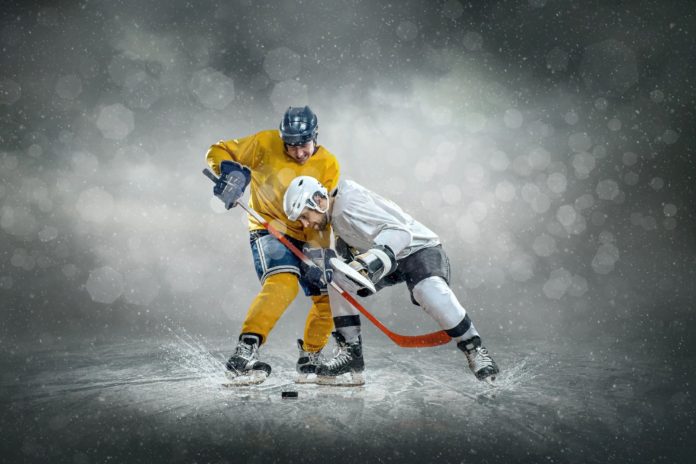 With the ending of the second round of the Stanley Cup Playoffs, we start to get a clearer picture of which team will be the next to hoist the cup this summer. The Nashville Predators ended the regular season in the wildcard spot, setting them up to play the Chicago Blackhawks, ranked first in the Central Division. These rankings meant nothing as Nashville made quick work of Chicago. The best of seven series was over as quickly as it started with the Predators sweeping the series 4-0. Moving on, they faced the St. Louis Blues, fresh off a 4-1 series victory over the Minnesota Wild.

The series would get more interesting when Nashville Mayor Megan Barry and St. Louis Mayor Lyda Krewson bet city-themed gift baskets on the series. Over the next six game, the two teams would go back and forth with the Predators gaining the upper have after winning both games three and four. The series would end in game six with a Nashville victory, sending them to the Western Conference Final against the Anaheim Ducks.

The Ducks, ranked first in the Pacific Division, started their playoff run much like Nashville, taking the wildcard Calgary Flames out of the postseason after just four games, sweeping the series. They would then move on to face the Edmonton Oilers under new captain Connor McDavid. Anaheim would get off to a slow start, losing the first two games, but would come back to win the next three. Game six was another story though, as the Oilers would dominate the game, winning with a score of 7-1, forcing a game seven. It was unclear as to who would win game seven as the Ducks had come back from a two game deficit but had been beaten so badly in the previous game. The Ducks made it clear that they would fight back, taking the game and the series.

In the Eastern Conference, things would go differently. Before the playoffs even began, the news that the Detroit Red Wings would not make an appearance shook the NHL as their 25 postseason appearance streak would come to an end. In the Atlantic Division, the Ottawa Senators would first face the Boston Bruins. After losing to Boston in game one, Ottawa would take the next three games, that was, until Boston would fight for a game five double overtime victory to save their season. This would prove to not be enough in game six when the Senators took the overtime win to move on. Their opponents were the New York Rangers. The Rangers were also fresh off a game six victory over the Montreal Canadiens. This series would go back and forth with Ottawa winning the first two then New York the next two. With the series tied at 2-2, it was either teams’ to take, but the next two games would go to Ottawa. This would put Ottawa in the Eastern Conference Final against the defending Stanley Cup champions, the Pittsburgh Penguins.

In the first round, the Penguins faces the Columbus Blue Jackets who had just finished an impressive regular season. This included a 16 game winning streak, the second longest in league history, during which they beat the Penguins 7-1. In the opening of game one, Matt Murray, the rookie goaltender who led the Penguins to the Stanley Cup, was injured. This put veteran goaltender Marc-Andre Fleury in the net minutes before the game. The Penguins took an early 3-0 lead in the series. Their aggressive taking of the series would be halted by a Blue Jackets win, but this wouldn’t last as Pittsburgh would win the next games to move on. Their second round opponents would have a more difficult time getting there after falling behind 2-1 to the young Toronto Maple Leaf team. Despite this deficit, the veteran team would take the next three games to move on. The next seven games would be a battle as  the two teams have a long history including a personal feud between captains Sidney Crosby and Alexander Ovechkin. The Penguins would start off strong, taking the first two games. In game three, Crosby would have to be helped off the ice after suffering his fourth concussion in a controversial play. The loss of their captain would cause Pittsburgh to slip, allowing the Capitals  to take the win. The Penguins team would show their depth in the next game, pushing their lead to 3-1 without their captain. The Capitals would fight back to force a game seven after a 5-2 win in Pittsburgh. In the end, it would be the Penguins moving on to the Eastern Conference Final after a shutout to win game seven.

With only four teams left in the playoffs, there are many experts weighing in on why one team will win over another. My personal predictions is that the Penguins, with their depth and hungry “must win” mentality, will pull through to the Stanley Cup Final. Their opponents are the true wildcard of the postseason, the Nashville Predators. With strong captain Mike Fisher at center, veteran defenceman P. K. Subban and goaltender Pekka Rinne, with a save percentage of .951 and two assists in this postseason, it goes without saying that they will make their first franchise appearance in the Stanley Cup Final. As for who will win the final between the two, both have the rosters, both have the skill, and both have the fire needed to bring home the cup. I believe the Penguins will win the cup again because, despite the amazing performance of the Predators in the playoffs, the Penguins have become a new monster in the playoffs, and their roster boasts veterans and aggressive young players, including Jake Guentzel, a rookie who has the most goals in the postseason, who will bring them to the cup for a second year in a row.