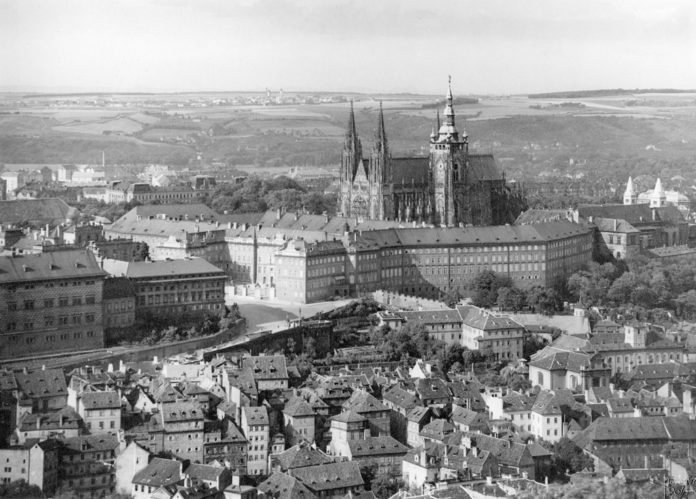 Václav Havel is not a widely known figure in the West. The Czech playwright, dissident, political activist, and eventual first democratically elected President of Czechoslovakia in the post-Communist era wrote for about thirty years on a wide range of political topics. Among his favorite themes, one that was of pressing importance in the oppressive atmosphere of Soviet-dominated Czechoslovakia, was the importance of simply talking to people, and of telling the truth.

I was first introduced to Havel’s work last semester, in Dr. Ken Slepyan’s survey course of wider Eastern European History. At the time, I read it more-or-less the same way I read most course material—lightly. However, lately I’ve been coming back to his work, especially his political essays. This column is a result of sitting with those essays, and thinking about how these writings from forty years ago might be useful to us, here at Transy, today. I’d like to take this column and introduce you to these ideas.

Before anything else, Havel writes that there is a basic moral duty to speak the truth. This seems like an obvious idea, scarcely worth mentioning, but it’s important to consider what exactly Havel means by truth. The truth is not simply facts that can be verified by one means or another, but are the facts that actually matter. If you’re talking about window tiles falling onto people, “we should talk about window ledges and not bring mankind into it.” Havel calls this type of untruth evasive thinking, and it forms the basis for his essay of the same name.

The truth, according to Havel, “is where the whole thing begins and ends, and all the other ifs, ands, or buts are just attempts to muddy the waters.” The parallels to the modern situation could not be clearer; how many times, usually in arguing about politics, do we try and divert the subject from an uncomfortable area to a topic that better favors ‘our side?’

The problem is that this evasive thinking does nothing but degrade our shared civic society. Without a shared reality, and a shared set of principles, then the social ties that keep us together will collapse. Given the divisive political climate, and the incredible acrimony over basic facts, the immediacy of this threat, of a collapse of our shared society, is ever-more pressing.

I want to take a moment and talk about this civic society. This is, essentially, the idea that we are tied to one another by our shared experiences and ideas with each other, and the fact of sharing creates bonds between us, outside of any outside influence. In his essay on Power and the Powerless, Havel describes these bonds as an “inner relationship to other people and to the human community.” The bonds are the basis for all other organizations, whether economic, political—or educational.

Transy, as what is for better or worse a somewhat insulated community, is ideally placed to become an incubator of the kind of civic society Havel envisions. In any given day, you, the reader, will probably make eye contact with a good part of the campus. We’re a small enough school for that to be an option. I’d like to use this column, reader, to ask you to start a conversation with someone you meet eyes with and don’t know. You might find you like them. One the other hand, you might find you don’t; that only makes it more important that you actually talk to them. Tell them the truth and nothing but, and listen when they do the same with you.

As some of the stories in this issue attest, Transy itself is reacting to the new political climate in a profound way. These tensions are deep and serious; that cannot be denied. They might be unbridgeable. But at the very least all of us should try to bridge them. And that’s the plain truth.