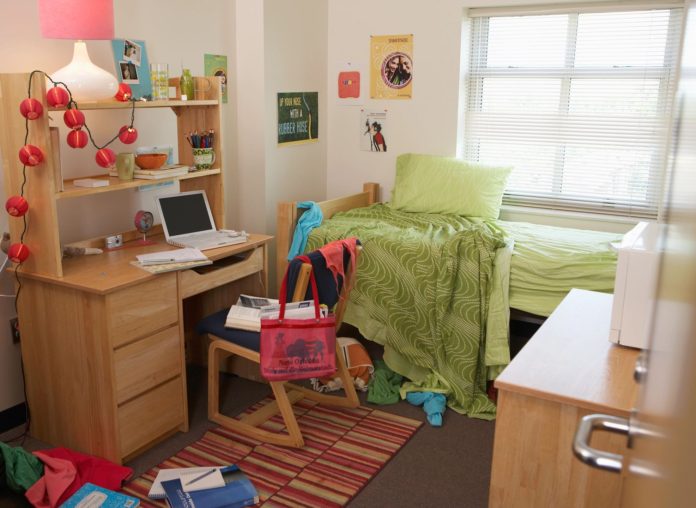 There is a lot change occurring within Residence Life and student housing. Many decisions will be finalized in the coming months after all students who are moving, are settled in their new room assignments.

This upcoming winter semester, in January, the students currently living in Rosenthal and Poole will be moving to the two new buildings. Upperclassmen living in Forrer will also have the opportunity to move to the new halls.

“We made that opportunity available to all the students who are moving to the new halls,” said Dean of Students Michael Covert. “Right now the only groups that live together are Greek so we want to provide the opportunity for group living around a common theme in other community engagement areas.”

Right now, the only buildings eligible for petitioned group housing are the new halls. With the coming decisions that Residence Life has to make, this opportunity may be expanded to other halls as well.

The interiors of Bassett Hall and the currently unnamed new hall 3 are currently being finished, making them available for residence in January at the beginning of winter term. Rosenthal and Poole will be closed for the semester for regular maintenance, but will reopen in fall of 2017.

Students who are moving were able to fill out a preference sheet on whether or not they wanted to keep their roommates, suite-mates, and any other requests they had. Residence life is currently in the process of assigning rooms in attempt to fulfill the requests that were made.

“All three buildings are very similar. It is the same essential footprint from Dalton-Voigt, to Bassett, to building number three,” said Covert.

The only major changes occurring with the layout of dorms is that the half wall that is present in Dalton-Voigt will not exist in Bassett. Also, the four sinks for the residents of the suite will be inside the shared bathroom rather than in the individual dorm rooms. It is the same set up in building 3, except that the bathroom is not shared, therefore the showers have shower glass panel doors considering you are private behind locked doors.

“When we know we are closing Rosenthal, we wanted to try to be equitable in the spaces and provide the same kind of spaces for the fraternities,” said Covert. “We are doing the same thing with the fraternities that we did with the sororities where they will each have a wing on one hall. There will be two fraternities per hall.”

“I like the way the rooms are set up in Rosenthal, and it sounds like the new rooms are going to be set up similarly, which I like. I also really enjoy that we are getting the hall dynamics back,” said Pi Kappa Alpha President Dustin Kiser. “I would have much rather it not be a wing where we split a floor with another fraternity, but I am happy for a common space.”

The decision about the location of the fraternities for this winter term concerned some students. Within the housing meeting for transitioning residents, much of the concern regarding this issue occurred because students felt that the explanation offered regarding the decision of student placement was inadequate.

“I don’t like to think poorly of our administration or of our Residence Life staff, but I asked them about their decision hoping to get some sort of explanation, and was not happy with how they responded. They basically said, ‘we cannot disclose that information,’” said Young. “To me and many other students that expressed an opinion, the lack of an explanation is worse because it gives everybody the impression that they are hiding something. It also gives us the room to speculate, which led us to think that they were being overtly sexist. No explanation was offered, so if it was a simple reason, they would have said it.”

While students felt that the meeting was vague, Covert disagreed.

“I didn’t feel like we were trying to withhold information. We tried to answer the questions that people had. We gave the opportunity to people to see us on an individual basis after the meeting, or on their own time if need be,” he said.

Issues concerning sexism in the decisions arose due to the fact the sorority women have to share bathrooms, and fraternity men have their own bathrooms.

“Without another explanation, I am inclined to assume that this is sexist, because nobody said otherwise,” said Young. “It was insulting to me that they did not feel that they needed to come into the meeting with some sort of explanation for their decisions. It is not unreasonable for the student body to question this. It is also unreasonable for the sororities to be given space on campus that is not at the same level that the fraternities are going to be getting.”

“Do I believe it was intentionally sexist, probably not,” said Kiser. “However I can see how that can be an issue, and is definitely a reasonable conversation to have.”

Covert clarified that the decision wasn’t made with regards to sex differences, but made so that the suite-style Bassett Hall could be used for recruitment events.

“The shared bathroom is better for these events because it gives us more options for groups of prospective students to share a space, than be isolated in an individual room,” he said. “It enhances communication between new students.”

The housing transition from fall to winter is only temporary. Even sororities, who are now living in Dalton-Voigt for a second school year, have the potential to be moved as well with all of the new living options.

“This is just for second semester, and then we will relook at all of the living situations for Fall 2017,” said Covert. “We know that is stressful for some students, so we want to make those decisions, and where groups are going to be as soon as possible.”

Covert hopes the new halls will attract students to enroll at Transy.

“I think the new buildings will be great with admission,” said Covert. “The students are pleased with the better facilities, common spaces, and TempurPedic mattresses. It is a benefit to our current students who have access to better living conditions, and our incoming students will see the new halls as an attractive piece that contributed to Transylvania being a fantastic institution.” 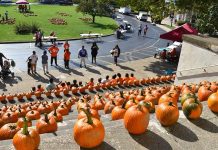