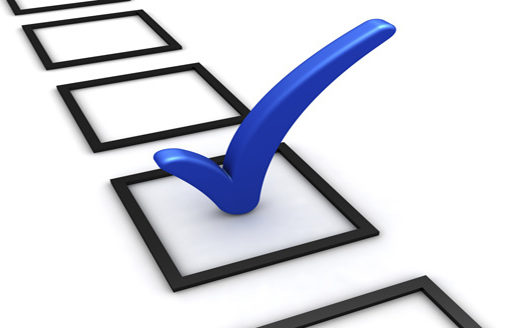 The results of a campus climate survey on sexual misconduct conducted at the end of the 2016 winter term have been released. They reveal that campus attitudes about consent, bystander norms, sexual violence, the reporting process, stalking and many other domains are similar to statistics nationwide.

Title IX Coordinator Ashley Hinton-Moncer identified areas of focus for Transy in survivor support, trust in the university system, incident reporting, dating violence and empowering bystanders. One of Transy’s areas of strength was “believing in the cause” – 68 percent of students said they “feel they can do something about sexual violence.”

While Hinton-Moncer was saddened by the numbers in Transy’s areas of focus, she hopes to use them to have more targeted conversations and improve awareness efforts.

“We do have acts of violence that happen that go unreported,” said Hinton-Moncer. “And so my hope in having these conversations and sharing the results of this survey are that people know they can report, and know how to report, and know that the report will be taken seriously.”

Of the ten people who gave reasons for not reporting, the most common reason given was, “I wanted to forget it happened.” The next two most common reasons were, “I didn’t think it was serious enough to talk about” and “I was afraid others would find out.”

Despite incidents going unreported, data from other surveys like HAVEN – a required online educational course for incoming and returning students about sexual violence and consent – show that students are aware of and appreciate the knowledge of the resources available for assault survivors.

In the climate survey, 309 of 411 respondents found knowledge of the availability of on-campus confidential resources to be a “somewhat to very useful” aspect of the training they had received.

“I think a lot of that is just my need to do further education about the policy, about what happens when a report is filed so that students see what we are doing,” said Hinton-Moncer.

Hinton-Moncer is partnering with faculty, staff, and administration to be more direct and strategic with existing trainings. She is working with Health and Wellness to put up signs, informing people about confidential resources. She is also working with Dr. Melissa Fortner to create a more easily digestible flowchart of the 32-page Title IX reporting policy.

Data from the survey revealed that students who have experienced sexual assault suffer from:

Students reported that their relationships and involvement suffered after their sexual assault as well:

Yet many are not seeking the resources made available to them.

The results surrounding bystander intervention revealed a positive trend. Four out of five students said they would intervene if they “saw someone trying to take advantage of another person sexually.”

Additionally, the actual norms about bystander behavior outweighed the perceived norms. While over 75 percent of students said they would “be willing to intervene,” “decide not to have sex if someone seemed too drunk,” and “confront a friend,” 51 percent, 35 percent and 44 percent, respectively, perceived that their peers would not do the same.

For Transy, 67 students reported observing “a situation that they believe was, or could have led to, sexual assault.” Twenty-eight percent of students said they would be most likely to intervene by asking someone if they needed help, as opposed to other intervention methods.

Thirty-two percent of students “have had a friend or acquaintance tell them that they were the victim of a sexual assault.”

The Academic Dean’s advisory for ending sexual violence has worked out partnerships with organizations in Lexington, including with the Lexington Metro Police and the Bluegrass Rape Crisis Center. They will continue efforts in bystander intervention training with Green Dot and Step UP!, as well as mandatory “responsible employee trainings.”

“We’re higher than the national data,” said Hinton-Moncer, referring to those latter two statistics. “Who do students believe are the administrators that aren’t taking the report seriously? Why isn’t that a hundred percent? How can we help students understand that we take every report seriously?”

There is a national conversation taking place around issues of colleges’ handling of sexual assault allegations. The survey didn’t shy away from asking about perceptions of Transy’s handling of allegations and incident reporting.

Only five students responded “yes” to having formally reported an incident of sexual misconduct. Four of those five were satisfied or very satisfied with the university’s response.

Twenty-nine of those students who said they experienced sexual assault said the alleged perpetrator was a student at Transy. Fifty-one out of 59 survivors reported that the person was a non-stranger. Twenty-seven of 60 reported that the incidents took place on campus.

Over half of those 66 respondents reported experiencing an unsuccessful sexual assault attempt.

Of 21 respondents, 19 reported that alcohol was involved prior to the incident. Four people responded that they had been given drugs without their knowledge prior to the assault.

To the statement “I feel safe at this school,” 340 of 487 respondents “agreed” or “strongly agreed.” Eighty-nine neither agreed nor disagreed, 39 disagreed and 19 strongly disagreed.

Of those who said they had experienced dating violence, 15 said the “alleged perpetrator attends Transylvania.”

Impact Kentucky is a “conference for students, administrators, faculty, and staff on college campuses in Kentucky” with the goal of “uprooting” sexual violence. Learn more or register for the conference here.

The 30-minute campus climate survey on sexual misconduct was emailed to all Transylvania students on Sunday, April 3, 2016, and the survey closed on Wednesday, April 13.

See results from a campus assault survey done in partnership between market research company YouGov and the Huffington Post here.

Hinton-Moncer and Psychology Professor Dr. Mark Jackson presented the results as part of the academic affairs series sponsored by Dean Laura Bryan on Thursday, Oct. 20 during open hour in the faculty/staff lounge. Hinton-Moncer spearheaded the development of the survey, during which she had “full support.” Dr. Jackson brought statistics knowledge. Both brought previous experience from an in-house climate survey conducted about twelve years ago.

“Twelve years ago…we constructed our own survey,” said Dr. Jackson. “In the end it was bigger than it needed to be, it was kind of clunky. We got good information from it in terms of an awareness of, ‘yes, there is a problem on campus,’ just like there is on any campus… There were some good consequences that came from it. The campus counselors that are here came arguably as a result of our efforts.”

This time around, after researching options, the contractor EverFi was used. Using a national, uniform survey allowed Transy to compare its statistics to other universities, in this case over 40. A few questions were tailored specifically for Transy, but it remained largely unchanged from the national contractor’s format.

It’s On Us is a pledge initiative to help stop sexual assault on college campuses.

The survey was pilot-tested by Dr. Jackson’s Research Methods class at the time. The students in the class gave feedback about the survey’s construction that was useful not only for Hinton-Moncer and Jackson, but also for the contracting company.

“Students found the survey to be pretty tight in terms of the questions it was asking… and a couple things that were overlooked,” said Jackson.

While campus climate surveys are not mandated by law, Hinton-Moncer said that wasn’t the main deciding factor in the decision to run a survey.

“For us… our conversation was around, ‘How can we get a clearer picture of the work we need to do and what is happening on our campus?’” said Hinton-Moncer.

“Arguably we’re ahead of the curve,” said Jackson.

Hinton-Moncer plans to do the survey on a regular basis: at least every two years, if not annually. She hopes that students will take it seriously because of the real conversations happening as a result.