The Kentucky Wildcats football team defeated the Florida Gators last week, a win that ended a 31-game losing streak against Florida. The streak dated back to 1986, which was the longest active losing streak between two teams in the NCAA.

The team is off to a wicked hot start this season. After an unimpressive performance at home against the Chippewas of Central Michigan, they bounced back with a vengeance on the road in Gainesville when they played the University of Florida.

The first quarter of the game was a strong defensive performance from the UK defense by shutting out Florida all quarter. Terry Wilson, the quarterback for the Wildcats and a transfer from the University of Oregon, showed poise in his return from his shaky debut the week beforehand. He led the Kentucky offense on a 9-play drive for 91-yards that ended in a 29 yard touchdown pass to Lexington native, Junior receiver David Bouvier.

The Gators responded right away with a scoring drive of their own. Kicking off the second quarter, they made a field goal in the beginning of the second to make it a 7-3 game. They followed the field goal with their next drive ending with an 18-yard touchdown pass from their quarterback Feleipe Franks to receiver Moral Stephens.

The UK offense struggled in the second quarter. The momentum with which the Wildcats ended the first quarter seemingly went away with the next three offensive possessions, which ended in a punt, a fumble, and an interception. The score at halftime was 10-7 Gators.

The start of the second half was a big turnaround for the Kentucky team. Going into halftime with two turnovers and giving up ten points in the last quarter, they focused on running the ball rather than passing. Benny Snell Jr., the running back and NFL draft hopeful, had two key first down runs on back-to-back plays.

This drive was capped off by an amazing 24-yard touchdown run by quarterback Terry Wilson. After a Florida punt, Kentucky found success on offense again, this time through the air. Wilson found his emerging receiving weapon, Lynn Bowden Jr., on a 54-yard touchdown strike to put the Kentucky Wildcats up 21-10.

Florida struggled after that Wildcat touchdown, with a missed field goal and then an interception by Kentucky defensive back Darius West. However, Kentucky was unable to capitalize on the turnover and punted it right back to the Gators, who then went on a remarkable 99-yard drive that ended in a Freddie Swain 4-yard touchdown reception from Franks.

The UK offense stalled after their touchdown, and Florida received the ball back with :29 on the clock but needed to get all the way to the end zone to win the game. Defensive anchor senior Defensive End Josh Allen made a sack, which caused a fumble and was recovered by the Wildcats.

Some players on the field thought it was an incomplete pass and that the play was dead, but Kent Devonte Robinson recognized that no whistle was called, recovered the fumble, and took it to the house for a UK touchdown to end the game. The final score was 27-16.

The rushing attack from Kentucky was huge in this road victory. Benny Snell Jr. rushed for 175 and Quarterback Terry Wilson ran for 105 yards and a touchdown. The Kentucky defense did a great job of containing the passing attack of Florida. They did not allow a single receiver to get more than 2 receptions.

The Wildcats followed this game up with a thrashing of Murray State that ended 48-10. The Wildcats look to continue their hot start going into their game this weekend against the 14th ranked Mississippi St. Bulldogs, another conference foe. The game is Saturday at 7:00pm at Kroger Field and will be televised on ESPN2. 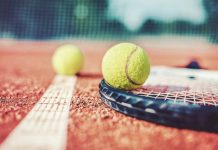