White columns cast long shadows. As they reach up to the roof—angular, straining towards the sky—they cast beams of darkness over the bleach-white doors. Stone steps, massive to view and unrelenting to walk, lead to the main entrance of the central building of Transylvania University. It’s referred to, sometimes with affection and sometimes with exasperation, as Old Morrison.

The promotional packets for the University and the historical plaque planted in front of the steps of the building itself both refer to the style of the building as a Greek Revival. It is usually called a masterpiece of the style. With its washed-white walls, the Doric columns supporting a roof above the entrance, the architect must have imagined a new Parthenon for a new Academy, fitting for the Athens of the West. Maybe those great intellectual aspirations were at the forefront of Gideon Shryock’s mind when he designed and oversaw the construction of Old Morrison. And yet, shadows linger.

Shryock, like many men of his day, owned slaves. Like most slave-owners, he probably beat them. He probably whipped them or had them whipped. Under the laws of Kentucky, as under the laws of most states in America, he denied them, on pain of mutilation or death, the power to read, to write, to engage in any of the lofty intellectual pursuits that students and professors so readily undertook in the very building he designed for that purpose. He denied them their freedom, their humanity. And, because he was a white man, because he had the pleasures of his caste and class, it is his building that stands on Transylvania’s campus, and it is his name, and not the names of the human beings he so abused, that is engraved on metal and stone monuments. And so, despite the classical allusions and pretensions, it is that history, the history of human cruelty and white supremacy that is sunk deep into the bones of Old Morrison. It is not a coincidence that at least one alumna has referred to the building not as a new Parthenon, but as “the Big House on an antebellum plantation.”

The history of white supremacy at Transylvania is hardly limited to architecture. As with the rest of the antebellum aristocracy, many students, administrators, and faculty in Transylvania’s first 80-odd years held slaves. Transylvania, as one of the most prominent colleges in the South, educated entire generations of Southern statesmen who went to Washington, to Congress and the Supreme Court, and to the White House, where they defended and further entrenched the white supremacy that under-girded their power and prestige. And while the institution of slavery was abolished at the bayonet point of Northern armies, the system of white supremacy persisted. Emancipation came packed between the bullet and the gunpowder of Union rifles. But Transylvania, like the rest of the South, never took to it.

Transylvania remained a white-only institution. Lexington, the city Transylvania sits at the geographic and cultural center of, remained a segregated city. In 1891, during the height of white backlash to Reconstruction, Transylvania chartered a chapter of the Kappa Alpha Order. The order was founded in part by a former Confederate soldier, and to this day venerates Robert E. Lee, the marshal of the armies of slavery and white supremacy.

Progress has been slow. The first black student in Transylvania’s history, Lula Morton Drewes, is still alive. Jim Crow is well within living memory. The original generation to fight for integration, and those who opposed them, are still alive. Massive dorms, named for two infamous champions of slavery, who respectively taught and studied at Transylvania, Henry Clay and Jefferson Davis, were only razed a few scant years ago (Clay was a faculty member and Davis an alumni). The power of history can ebb and flow, but the waves still wet the shore of our present.

Transylvania is now an integrated campus, drawing students from a mix of racial, national, ethnic, and linguistic backgrounds. It is officially committed to diversity as a value (though there is not currently a director of diversity & inclusion). There are Gender Studies

programs and classes. Many of the faculty teach the history of white supremacy, of the patriarchy, and the other forms of oppression so traditional that, to many, they are simply part of the social fabric. There are discussions, some louder than others, about the challenges the university still faces, and there are many at the university who are willing, able, and eager to face the beast head-on.

White students remain the overwhelming majority, as they do of the faculty. The university hardly stands as a beacon of enlightened cosmopolitanism in a world that has renewed its periodic turn away from openness and justice. Still, progress has occurred over the last half of a century.

That progress is now threatened by a backlash. As Transylvania has proved itself willing to correct, to a degree, the mistakes of the past, specters of the old order have arisen to defend it. White supremacy, while not the immovable monolith of yesteryear, has made its presence known on campus over the past twelve months.

That presence has ranged from subtle to overt. Of course, most of the old buildings still stand. The history is still mostly glanced over, not uncovered and examined. Some of these signs are so ingratiated into the fabric of the institution that they can seem a part of the tapestry. But occasionally, the defense of white supremacy, the latest in a line of battlefield maneuvers stretching back to the slave trade itself, becomes so overt and jarring that not even the most oblivious observer can avoid taking notice.

Last spring, a former student—Mitchell Adkins—strode into the campus café and attacked students with a machete. The details sound so ludicrous—‘a machete? Really?’ But the motive was precise and recognizable. Adkins’ attack, a politically motivated act, targeted those he perceived as liberal or progressive. Adkins had previously written—in lurid terms—about the supposed discrimination that conservatives suffered on Transylvania’s campus. To him, the inclusion of different voices—black voices, women’s voices, the voices of the marginalized or oppressed—was not a step forward into a more just society, but a threat to his cherished system, the system that promotes the mediocre-at-best white man over all others, regardless of merit or moral. And he was willing to commit atrocities to defend that system. He has that conviction in common with many of Transylvania’s alumni, going back to 1791.

Nor was he alone. Over the past several months, another former student—Taylor Ragg—had directed a targeted harassment campaign against another student here. His victim had committed the cardinal sin of being born on the wrong patch of ground, on the wrong side of the border, at least to his mind. She was protected in this country under the Deferred Action for Childhood Arrivals executive order. She had come to this country when she was two years old. That made her, to his mind, nothing more than “this illegal.” And this made her a deserving target of months’ worth of racist and bigoted abuse.

Both of these cases are outliers. The average Transylvania student is no more likely to pick up a machete than they are to design a rocket propulsion engine in their dorm room. The campus is hardly awash in swastikas and the stars-and-bars or Confederate battle flags.

Credit where credit is due: in both of these cases, the university’s administration acted as well as could be expected. In the case of the attack, campus police quickly neutralized the attacker; President Carey personally held him down. In the case of the racist harassment campaign, the administration opened a disciplinary inquiry. (The student who instigated the harassment campaign has withdrawn from the university, though it is not publicly known whether he withdrew voluntarily or was expelled by the university).

And yet. These cases cannot be considered completely foreign to the university. While today’s students, today’s faculty, today’s administration are so rightly horrified by them, none of us can deny the ropes of history that connect these two men to Transylvanians who came before. Mitchell Adkins and Taylor Ragg share one vital, all-important link with the Jefferson Davises, the Henry Clays, the Gideon Shryocks who stood on the same grounds. They share the history of white supremacy.

Transylvania itself shares that history. We, as students, share that history. So does the faculty, so does the administration. We do not want it, we loathe it, we despise it. Yet it insists on us. It is not merely our history, but our hateful heritage that demands our attention. This heritage sits under our feet, on land conquered by the white man with a gun. This heritage sits in the same bank accounts and wealth funds where the university places our tuition dollars, and from where it draws our various salaries and scholarships; those funds can trace their lineage back to the stolen labor of the antebellum slave state. This heritage looms up over us in the walls and columns of Old Morrison.

These two most recent incidents—terrible but unavoidable—draw our attention to the whole of that history. And so it comes to us to make the choice: do we look away? Do we quietly update our official diversity pledge and think little more of it? Do we insist, not just to the outside world for the purposes of public relations, that hate does not have and has never had any place here?

We could. We certainly could. But to glance away from the question is only to invite it to return, at some later date. This history of white supremacy will not leave us; it will not let us be, to quietly and meekly carry on about our studies without a care for the wider world.

This effort cannot come from students alone. The university, as an institution, must face itself. And the university must, as it always strives to do, use its power and prestige to educate its students. When the first-year students arrive, have them read not only about problems in ‘the world,’ but about the problems of history here at their new home. When the guest lecturers are invited, invite illustrious professors to discuss their expertise, but invite also the local community organizer, the local historian, and the local politician to grapple with our heritage. When we ask ourselves who we are, we must answer with not just who we are today, but what we have been before.

It is not likely that we will find easy answers. The plumbing of our past is not often pleasant. But the past is there. Its columns cast shadows that we walk in. Some days, the shadows grow so long and so deep that you have to light a lantern to walk through them. It is our shared and solemn responsibility to foster and grow that light, so that we may see our way forward.

Correction: an earlier version of this article mistakenly referred to Henry Clay as a student who attended Transylvania. He was at various points a faculty member and patron of Transylvania, but he did not complete his studies at the University. 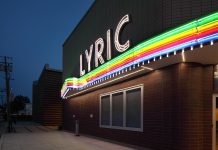 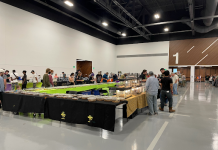