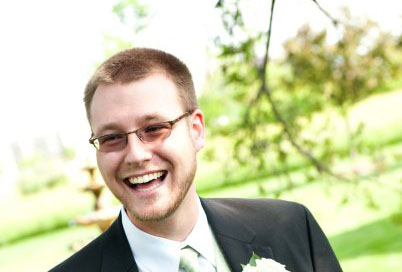 This past month, Transylvania welcomed Kevin Fisher as the new Director of Residence Life.

Fisher attended Ball State University where he received his bachelor’s degree in Psychology. Fisher was a Resident Assistant at Ball State for three years. As he was nearing graduation, and still undecided on what path to take in life, Fisher was advised by someone to pursue student affairs.

“Someone tapped my shoulder and said ‘You’re really good at this Student Affairs thing, have you thought about doing this as a career?’ Which I had never considered,” said Fisher.

On why he transitioned from UK to Transy, Fisher explained, “I think I was looking for a position where I could have a greater impact on students.” He noted that he did have a great impact at UK, but due to its large size, it was not as immediate as it is here.

Fisher pointed to working with students as the thing he is most excited for at Transy.

“It gives me energy to be able to work with students day-to-day,” said Fisher.

He has a quote hanging on his office wall that reads, “Students are not an interruption to our work they are our work.” The quote is from University of Maryland, Baltimore County, and Fisher credits it as “the mantra that I try to live by.”

So far, his experience with students and the student residential staff has been, in his words, “phenomenal.”

“We have an exceptionally talented, energetic, and passionate group,” said Fisher.

Fisher is also looking forward to learning what truly makes a student belong to Transylvania.

“I don’t know if I see it as a challenge or an opportunity at the same time. Learning what the traditions and things that Transylvania students truly hold dear and value. Every institution has some kind of traditions or something that everyone is excited about,” said Fisher. “I’m excited to figure out what that is for the students currently and finding out how I can be a part of that or how I can impact that in a positive way.”

Since he has only been here for a month, Fisher does not plan on making any immediate changes. Instead, he plans on listening to the students and staff about what they would like to see change and becoming familiar with the culture.

Moving forward, Fisher hopes the campus feels they can approach him and share their experiences with him. He noted that if someone is having struggles that he does not want them to “sugarcoat” it.

“My passion is working with students. Truly,” said Fisher. “I really hope that folks see that throughout the work I do on campus.”